What Comes After the Boom?
A closer look at the financial reports of publicly traded, German private-sector residential property management companies

Thanks to the continuing boom in the country’s real estate sector, Germany’s residential property companies—once considered dull and outdated—are now seen as a stable source of returns with potential for growth. But what if the market cools down?

Land, apartments, condominiums and homes have been exceedingly popular in Germany over the past 10 years. A climate of low interest rates, constant immigration, and sluggish new housing starts has contributed to a steep rise in rents and property prices. In Berlin, for example, quoted rents increased by 60%1 between 2009 and 2018, with condominium prices even doubling during the same period.2 Developments like these have been par for the course in major German cities. While the trend was generally less pronounced nationwide, purchase prices and new rents throughout Germany have risen by an average of 7.2% and 4.5% a year respectively since 2009. By contrast, inflation has averaged 1.3% (fig. 1).3

How long will the boom last?

Meanwhile, doubts are growing about the sustainability of the German real estate boom. The Bundesbank has been urging caution for a few years now, recently saying that prices may be regionally overstated by up to 30%.4 In August 2019, the German Institute for Economic Research (DIW Berlin) admonished, “There are warning signs in Germany.”5

The growing gap between condominium prices and quoted rents can also be seen as a warning sign. According to the Federal Statistical Office, prices for condominiums increased by 10% in Germany’s seven largest metropolitan areas in 2019,6 yet quoted rents saw little growth. In Berlin, they even fell slightly for the first time in years, declining by 0.7%.7 It remains to be seen whether the drop in rents marks a reversal in the German housing market trend or was a mere anomaly.

In its 2020 spring real estate industry report, however, the German Property Federation also reported a further decline in net initial yields to less than 2.5%8 in Germany’s top seven cities.9

The rapid expansion of the portfolio in the period under investigation (2009 to 2018) is noteworthy. During the same period, the vacancy rate decreased by 30% on average, whereas average rents increased by 16%. 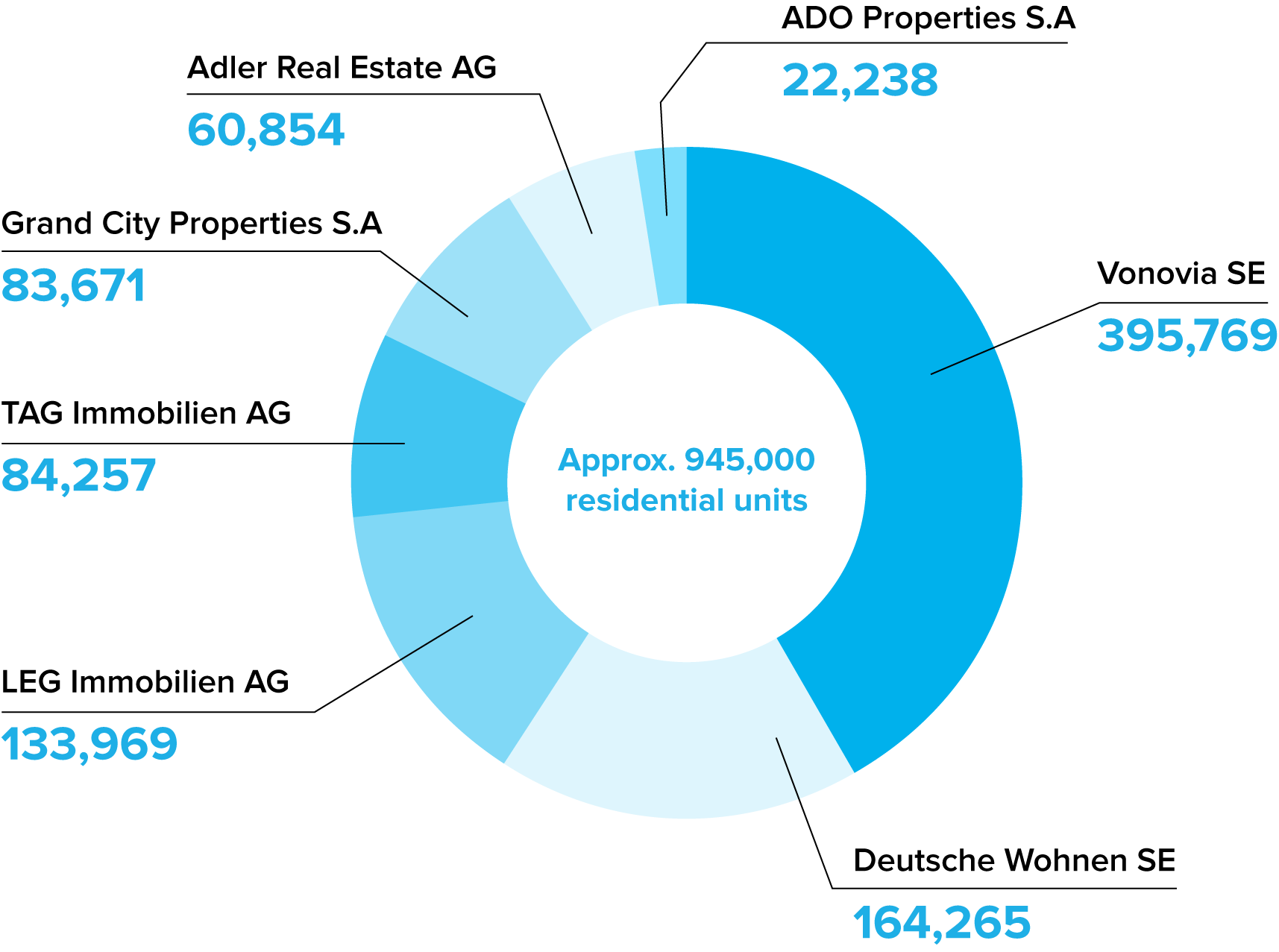 Figure 2: Portfolios of the analyzed companies by number of residential units

The fast growth of the portfolios of the residential property companies included in the analysis was attributable to acquisitions, combined with increased borrowing. Nevertheless, the weighted average leverage ratio of the analyzed companies fell significantly (fig. 3).

All of the residential property companies investigated prepare their financial statements in accordance with the International Financial Reporting Standards (IFRS), which call for valuation gains on investment property to be recognized in profit or loss.

Such gains are based on regular appraisals of the real estate portfolio’s value. This accounting option allowed the residential property companies to report high extraordinary income, raise their profits, and increase allocations to reserves in order to lower their leverage ratios, despite higher nominal debt. 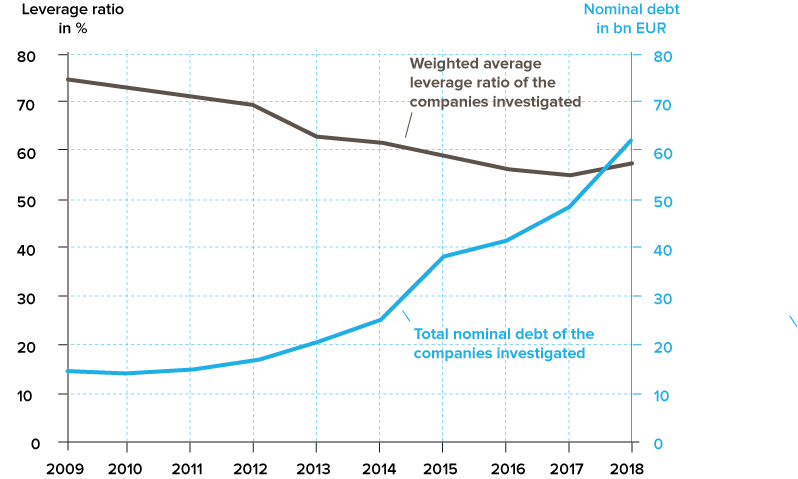 Figure 3: Leverage ratio and nominal debt at the companies investigated

Valuation gains on investment property are an important source of income

The substantial increase in profit was accompanied by a fundamental change in the makeup of the companies’ revenue streams. Since 2009, the nominal value of valuation gains on investment property has increased disproportionately, at an annual rate of approximately 69%. At the same time, the relative share of total revenue accounted for by such gains also rose to approximately 45% in 2018. In absolute terms, valuation gains on investment property therefore increased from 0.1 billion euros in 2010 to over 8 billion euros in 2018. 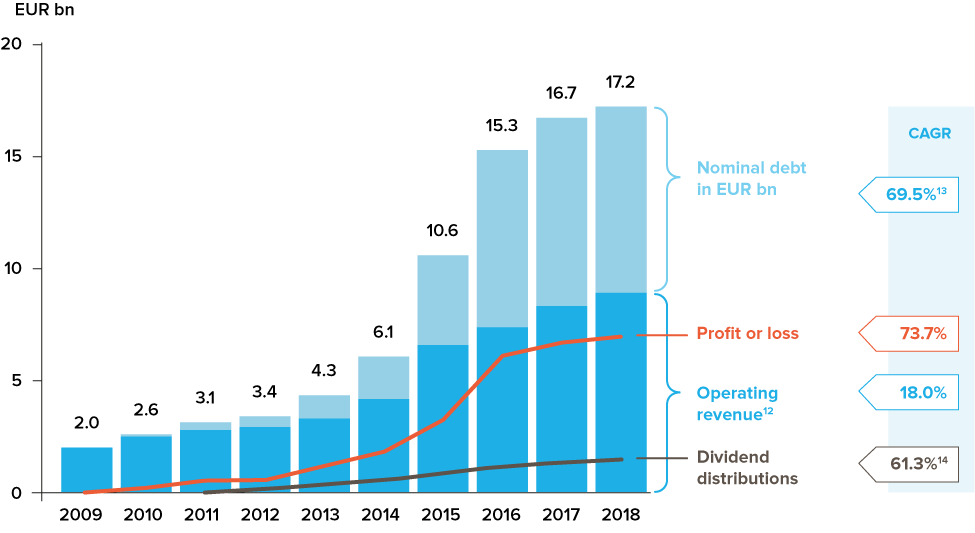 This trend was particularly noticeable between 2012 and 2016. The nominal valuation gains on investment property and the share of total revenue for which they account appear to have leveled off starting in 2016. By contrast, operating revenue13 and dividend distributions have seen linear positive development.

What if the market collapses?

The marked rise in valuation gains on investment property has significantly increased their relevance for profit and loss.

Expected rental income, vacancy rates, tenant turnover, and sale prices are all included in the calculation. However, the financial reports offer no information as to the exact weighting of the individual parameters. It is therefore not possible to precisely forecast the future development of valuation gains on investment property.

A scenario assuming a cooling of the real estate market, and therefore the complete absence of valuation gains on investment property, would have reduced pretax profit by 80%, from 9.8 billion euros to 2.1 billion euros. Taking an aggregate view, the residential property companies would probably not face a loss without valuation gains on investment property. However, they would have to contend with a significant deterioration in earnings and profitability.

Figure 5: Origin and utilization of accumulated income at the companies investigated

The high profits generated by the companies investigated in recent years were primarily due to the constant growth of valuation gains on investment property. The economic success of the companies and their market position are therefore strongly dependent on the further growth of the real estate market.

This dependence (see fig. 4 and fig. 5) is associated with a certain risk, especially with regard to leverage ratios and the associated market rating. Management should once again focus more strongly on traditional aspects of managing a business—including efficiency and cost management—to avoid being too significantly impacted by the effects of a cooling real estate market. Diversifying business models and further efforts aimed at optimization in line with environmental and social goals could also reduce the impact of fluctuations in the real estate market.

The economic situation of private-sector residential property management companies is primarily attributable to the boom in the German real estate market, which has continued since the end of the 2008/09 financial crisis. Low interest rates, a stable economic climate and increased migration to metropolitan areas have resulted in consistent record profits. All the while, the share of companies’ profits accounted for by one-off valuation gains on investment property has risen sharply.

The continuation of the real estate boom in Germany is uncertain, especially given the most recent developments in the wake of the coronavirus pandemic and their effects on the economy. But even before that, there were signs that growth in the real estate market was slowing. The profits of major German property companies will also be affected by those trends.

In this context, it is important that residential property management companies reduce their dependence on valuation gains on investment property and more strongly diversify their business models while continuing and intensifying their efforts in the areas of efficiency and cost management. Doing so will allow them to stabilize their business models over the long term and rise to current challenges on a sustainable basis.

Do you have questions regarding this topic? Please contact:

10 In this section and subsequently, no distinction is made between portfolios in Germany and other European countries. The exceptionally high number of non-residential units in Vonovia’s portfolio is not taken into account in the analysis of key performance indicators at the level of residential units.

12 Including proceeds from sales

13 Including proceeds from sales